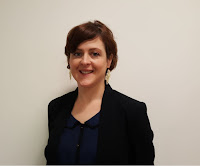 Article: Turner, J. and Schomberg, J. (2016) ‘Inclusivity, Gestalt principles, and plain language in document design’, In the Library with the Lead Pipe.

Thank you to Helen Farrell for suggesting our next discussion article and for writing this blog post.

How does this discussion work?
Anyone can join this discussion!  Participants aim to read at least some of the article in advance, then come along at 3pm BST and join in the discussion by adding comments to this blog post. You can see how this works by looking at previous discussions (just scroll down the blog for previous posts).

I’m a big fan of Plain Language. Sometimes people express concern that it simplifies language too much, but it’s often the most popular format for the majority of users, when they are given a choice. Universal Design for Learning (UDL) goes beyond language and looks at connecting with people’s different learning styles; some learn best by visual methods; others prefer text or hands-on experimentation. There are so many ways that we can make teaching materials and our written communications more accessible and easily understood, by all.

I was really intrigued by the scope of the title “Inclusivity, Gestalt Principles and Plain Language in Document Design” (http://www.inthelibrarywiththeleadpipe.org/2016/accessibility/), recently published in the always-interesting, open access peer reviewed international library journal “In the Library with the Lead Pipe”. I’d read about Gestalt Principles in a very basic psychology-context, so I didn’t know much about them. Turner and Schomberg use these Gestalt components to illustrate the process of writing and designing material for users and librarians so that they are usable and understandable for all. I’m not sure this is the simplest method for explaining accessibility to the novice reader, but it was an interesting new approach to the topic of the design process using UDL and accessibility.

The section dealing with Plain Language was especially useful with clear directions and relevant examples, and I know I’ll refer to it when writing documentation in the future.
I was amused by the reworking of Ranganathan’s Five Laws of Library Sciences (do you remember him from Library & Information Studies?) into “Turner’s Five Laws of Document Design”. These five new laws give a nifty 5-point checklist for Librarians to refer to, when creating documentation that’s accessible and usable by all.

I particularly enjoyed the link to the examples of pre-redesign library handouts, compared with the new handouts that used the Gestalt and Plain Language principles described in this article.
This document design process covers writing, design and usability. Putting accessibility to the forefront of the creation process means that you aren’t working backwards to retrospectively make documents accessible, but considering the variety of user-needs and learning styles from the very beginning. Although it’s written from an American context referencing the Americans with Disabilities Act (ADA), the principles and processes described are all transferable to any local context.

No matter where I go when I’m writing, I always bring the same banker’s box with my favourite resources to keep beside me. One of these documents is a short booklet containing useful “Writing and design tips” by the National Adult Literacy Agency (NALA) in Ireland that encourages the reader to use Plain English. The other booklet is “Written communication: Universal Design toolkit for customer engagement” from the National Disability Authority (NDA) in Ireland. Both are full of usable, practical and transferable guidelines that help me try to write clearly and simply, and avoid jargon. I will certainly be adding this new article to my banker’s box.

Our live discussion on 25 August 2016 15:00 GMT will no doubt be very diverse, but perhaps to begin the discussion, I’d be interested to hear how others are implementing (or considering implementing) Accessibility, Plain Language and UDL in Libraries around the world?